Showbiz Pakistan
Home Interviews Are the sisters leaving the showbiz after Feroze Khan?

Former pakistani actor Feroze Khan was recently announced to say goodbye to the showbiz industry. And now Feroz Khan’s sister Dua Malik has been given such a hint.

In a recent interview with Feroze and his sister Humaima Malick Dua Malick, a question was asked about Feroze Khan’s leaving the showbiz industry.

Responding to the host’s question, Dua Malik said, “Very soon, such a tweet will be coming from me and after that will be Humaima’s turn after me.”

Later in the interview, Dua Malik was asked that many people also say, how will you live your life when you leave the showbiz?

In response to this question, Dua Malik saID, “As Maula Ali (AS) said, live like a bird that does not sleep in the mouth with grains for the next day and how does Allah keep that bird alive?” Yes, we will live like this bird.

It may be recalled that a few days ago, former pakistani actor Feroze Khan said in a message posted on social media, “My fans were waiting for my statement in this regard, I announce to leave the showbiz industry. 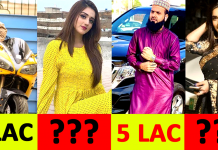 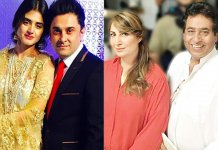