Sanam Baloch is a well known morning show host as well as a famous actress. It would not be wrong to call her the Queen of the Morning Show Host. Because her face is so innocent that the viewer becomes her fan immediately.

Sanam Baloch disappeared from the TV screen for some time after leaving the morning show host. While at the same time she was seen doing some drama serials. Her drama Khaas, which was aired on Hum TV a few months ago, was very popular among the people.

But today a news is going viral on social media that after divorcing Abdullah Farhatullah, Sanam Baloch had simply got married for the second time which was not shared in public.

Sanam Baloch shared photos in her Instagram story with a girl who is Sanam Baloch’s own daughter. Sharing photos, she wrote: You are my sunshine.

After seeing the pictures of Sanam Baloch with her daughter, you will not forget to congratulate her. 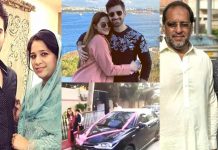 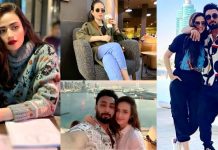 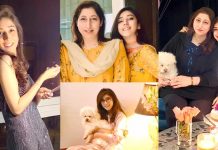