It would not be wrong to call Ayeza Khan the princess of the Pakistani showbiz industry. She has more than seven million followers on Instagram. Because people like her manners and speaking style more than her acting.

Ayeza Khan got married to actor Danish Taimoor in 2014. She was only 23 at the time of her marriage. Little did she know then that she would later become the top actress in such a big Pakistani showbiz industry. But her hard work day and night and being honest with her work has brought her to this place today.

This is the desire of almost every director and producer in Pakistan. That he should cast Ayeza Khan as an actress in his upcoming drama. Because by taking her as an actress, the drama of directors and producers is definitely a hit and at the same time they get a lot of profit.

By the way, Ayeza Khan is seen doing photo shoots in some clothing brands every day. But in this new photoshoot of the pink dress, Ayeza Khan has also failed Madhuri Dixit, so let’s see some beautiful photos from her new photoshoot. 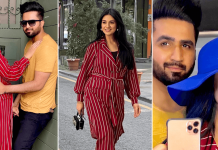 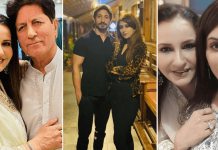