Last week, the country’s largest wedding ceremony was held and it was not for ordinary people. Yes, industrial group Jalal Sons and Master Tiles are now going to be in a real relationship. Yes, the director of Master Tiles gave his daughter’s hand to Jalal Son’s younger son. And now, after getting nikkahfied, they have become a couple.

The FBR has released a preliminary report on Jalal Sons and Master Tiles, the most expensive weddings in the country. In which the details of 2 billion rupees have been given.

A report sent by Chief Commissioner Regional Tax Officer Amina Hassan to Member Operation FBR states that Rs 5.5 million was given to Pakistani singer Rahat Fateh Ali Khan at the wedding ceremony while Atif Aslam was given Rs 5 million.

On the other hand, Maulana Tariq Jameel was paid only Rs 1 million for the Nikah ceremony. Rs 150 million was given to the club owners for the wedding party while about Rs 40 million was paid to the two event managers.

A woman named Sundus Mustafa paid Rs 10 million to see the flower setup in this most expensive wedding. While Rs 10 million was paid to the concerned decorator for the best decoration of the Walima ceremony.

Ahsan Habib was also paid Rs 10 million for full supervision and decoration of the ceremony. Irfan Ahsan was paid Rs 30 lakh for other professional services at the wedding while Rs 2 million was given to Mobee Studio. And Osama Pervez was paid Rs 3.5 lakhs while crores of rupees were also spent on the food given to the guests at the Walima and Barat Ceremony.

What would you guys say about such an expensive wedding that if Jalal Sons and Master Tiles spent so much on their son and daughter’s wedding, would they be wrong?. 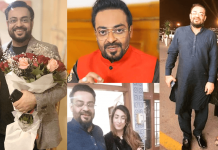 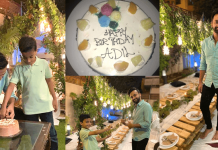