Two days ago, the news went viral on social media that the lovely couple Urwa Hocane and Farhan Saeed have parted ways. Hearing this sudden news, the fans of both were shocked. It is clear that Urwa and Farhan are still deprived of the blessing of children.

But after the news spread on social media, Urwa Hocane and Farhan Saeed have not yet confirmed or denied the news. But well-known publications have confirmed that they have parted ways for personal reasons.

In an interview with a private TV channel today, Urwa’s father has denied the news. He said that his daughter is living happily with Farhan Saeed. He also said that her daughter would celebrate her 4th wedding anniversary with her husband next month with great fanfare.

But so far Urwa, Farhan and their younger sister Mawra Hocane have not made any statement about it. Only time will tell who is telling the truth and who is lying. But we pray to God to keep the couple safe and remove their worries. 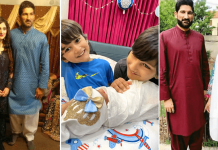 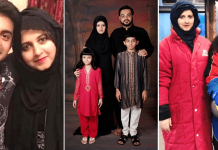 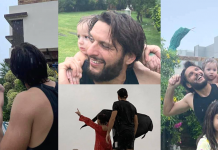