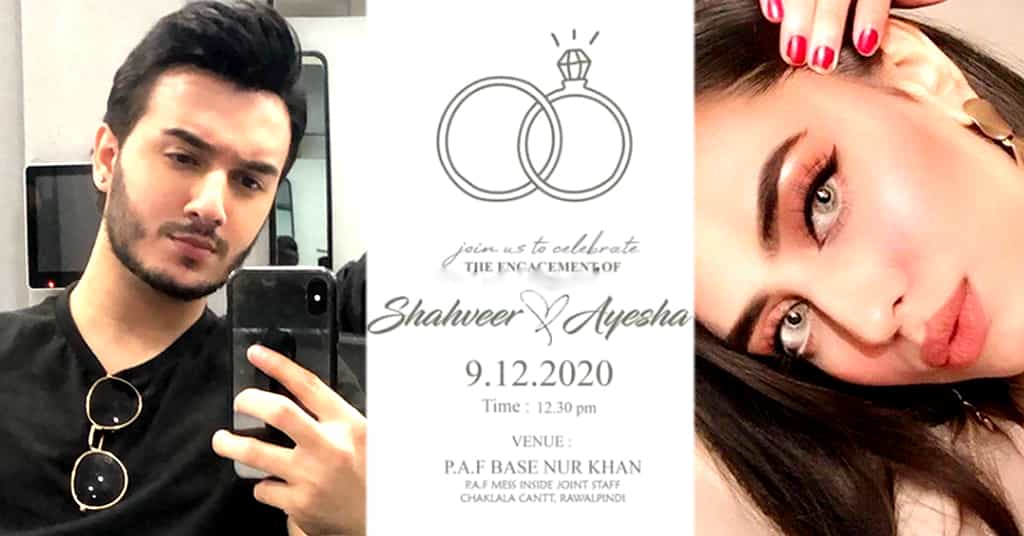 Shahveer Jafry is one of the handsome YouTubers of Pakistan. His video content is viewed with great interest around the world. And they always try to bring something new through their content. And in a very short period of time, he achieved a position of fame that was impossible.

Shahveer Jafry is currently followed by more than 2 million people. And on a daily basis, the number of their followers is increasing rapidly. On the other hand, he has now entered the Pakistani showbiz industry. Because of his talent, he has worked with beautiful actress Mehwish Hayat in Abrar-ul-Haq’s song.

Yesterday, the news went viral on social media that Shahveer Jafry is going to get engaged soon. Also, a picture of his engagement invitation card went viral on Instagram, stating that he is getting engaged to a girl named Ayesha on December 9, 2020.

But so far no confirmation has been received from Shahveer. Now let’s see when Shahveer Jafry officially announces his engagement with Ayesha Beig. Before concluding this article, Showbiz Pakistan congratulates Jafry and Beig in advance.