Almost all Pakistani actresses look very cute wearing eastern clothes. And even in ordinary life, she keeps herself in the limelight. But if she wears a saree or a maxi dress, then she looks like a princess. Because our actors are full of natural beauty.

When Pakistani actresses attend showbiz parties, the eyes of normal guests are only on their dressing. Because Pakistani people think that every girl in showbiz is wearing a bold dress. But let us tell you here that there are many Lollywood actresses who have never been a part of any controversy.

Pakistani actresses support newcomers a lot, giving them tips on how to grow in the industry. Otherwise, in today’s world, everyone is engaged in their own. But in our Pakistani drama and film industry, new talent is given first place. Due to which today ordinary house girls have become top actresses.

But in today’s article we will see that on the 16th anniversary of HUM TV, almost all Pakistani actresses wore maxi dresses. And when people look at pictures together, it’s hard to decide which girl looks like a princess. So now you guys look at the pictures and tell us who looks more beautiful. 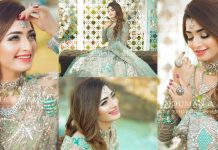