Actor Noman Ijaz walks the ramp together for the first time with his eldest son Zaviyar and some beautiful photos and videos from Hum Bridal Couture Week 2021 have gone viral on social media. People looked at the pictures and said that the son also started getting a chance at the father’s source.

If we talk about the age of model and actor Noman Ijaz in the year 2021, then he has turned 55 years old. On the other hand, after marrying Rabia Noman, he has now become the father of three sons. A few days ago, he opened his own restaurant in Canada. When he opened his restaurant, there was a lot of criticism from the people that the money earned from Pakistan was being invested in other countries.

If we talk about Noman Ijaz’s successful dramas, not a single one of his successful dramas. 99% of his dramas are definitely successful. And nowadays his drama Dunk with actors Bilal Abbas Khan and Sana Javed on ARY Digital is becoming very popular among the people. He also hosted a Ramadan transmission a few years ago. And through his Instagram account, he gets involved in showbiz issues and also gives his opinion on them.

But in today’s article, we will see that some beautiful pictures and videos of Noman Ijaz walking the ramp together with his eldest son Zaviyar in Pantene Hum Bridal Couture Week 2021 have gone viral on the internet. While some people after looking at the pictures together said that he is not the son of Noman Ijaz but his younger brother looks more. So let’s watch a video of Noman walking on the ramp with his son.

After watching Noman Ijaz and his son Zaviyar walk the ramp together, don’t forget to mention in the comment section below do you like this father-son duo. 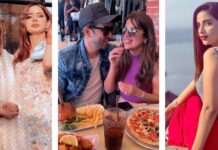 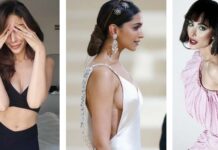 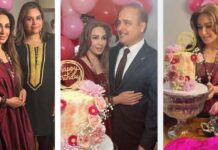 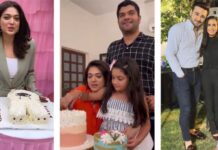