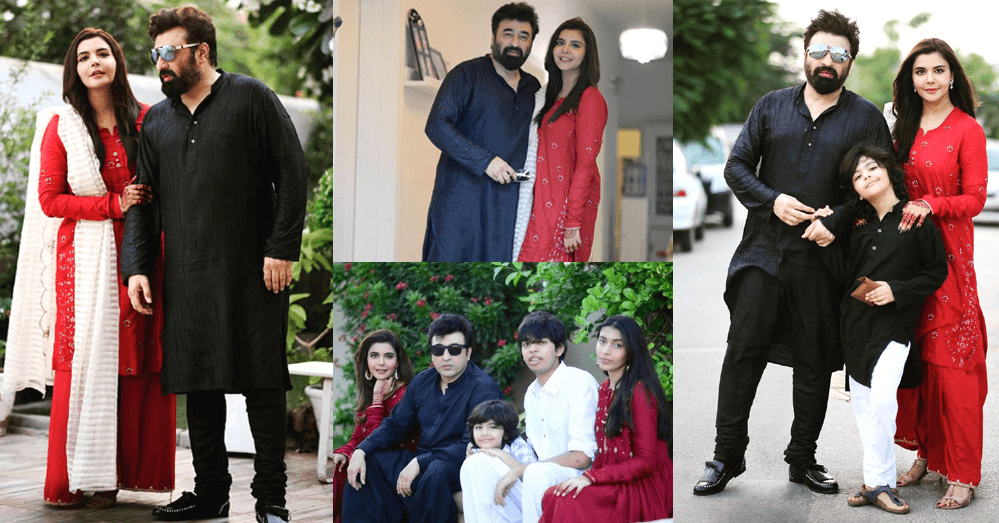 Finally, the famous morning show host Nida Yasir shared her eid photos with her husband and youngest son on social media. In the viral pictures, it can be seen that Nida chose to wear a red dress on the occasion of Eid while her husband was seen wearing a black shalwar kameez. But thinking of her mother, Nida Yasir looked a little upset.

If we talk about the age of the famous morning show Host Nida Yasir in the year 2021, then she has turned 47 years old. And she has been hosting Morning Show on ARY Digital for almost the last 12 years. Many of you may not know is that Nida Yasir has tried her luck in the field of acting as well as hosting in her past. And her drama Nadaaniyaan, you will all remember it.

On the other hand, on the first day of Eid-ul-Fitr this year, Nida Yasir appeared on ARY Digital Channel with actress Shaista Lodhi in an Eid telefilm. And let us tell you one thing, she appeared to be acting 10 years later. There is no doubt that she is getting young despite reaching this age. And after marrying Yasir Nawaz, she has now become a mother of three children.

But in today’s article we will see on the third day of Eid Morning Show Host Nida Yasir has shared her Eid photos with her husband and youngest son Balaaj on social media with fans. And she looked like a princess wearing a red dress on the occasion of this Eid.

You guys don’t forget to congratulate Nida Yasir and her family on Eid-ul-Fitr this year. Thanks!