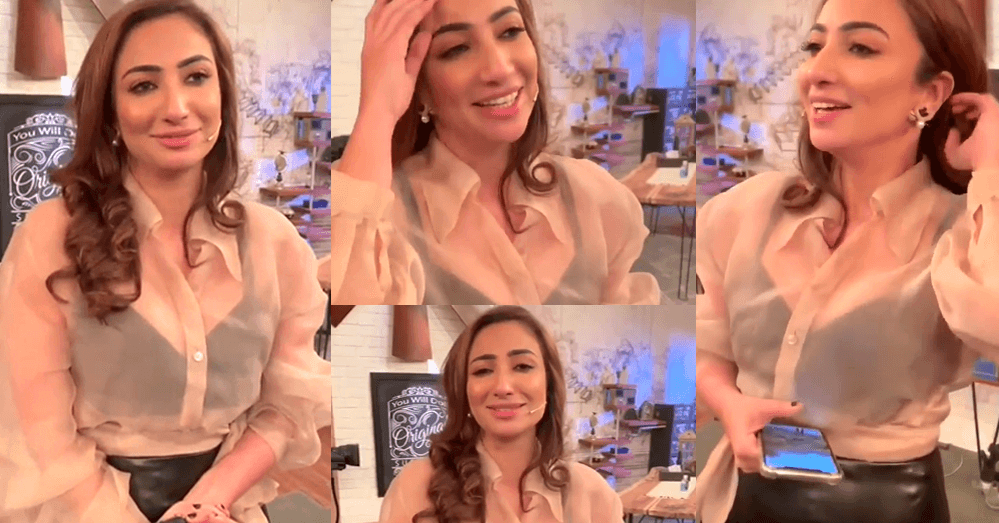 Anoushey Ashraf is the most famous actress, VJ, and host of the Pakistani showbiz industry. She can handle all kinds of roles with great skill and ease. She hosts brand activity with most companies. And she is much more famous for her fast speaking style.

If we talk about the age of Pakistani actress and model Anoushey Ashraf in the year 2021, then she has turned 38 years old. And just a few days ago, she got engaged to a businessman. And she is getting married very soon.

Anoushey Ashraf started her showbiz career as VJ. And after that, working day and night in this field, she made a name for herself. She has also acted in the HUM TV drama serial Sehra Main Safar in 2015. But she has confirmed in her interview that she enjoys hosting more than acting.

But in today’s article, we will see that Pakistani actress and model Anoushey Ashraf attended Ahsan Khan’s show wearing a western dress. After seeing the viral pictures, people started saying that there is no shame left in Pakistani actresses.

What would you like to comment on the bold dressing of young Pakistani actress and model Anoushey Ashraf? So you will definitely express your opinion in the comments section below. Thanks!