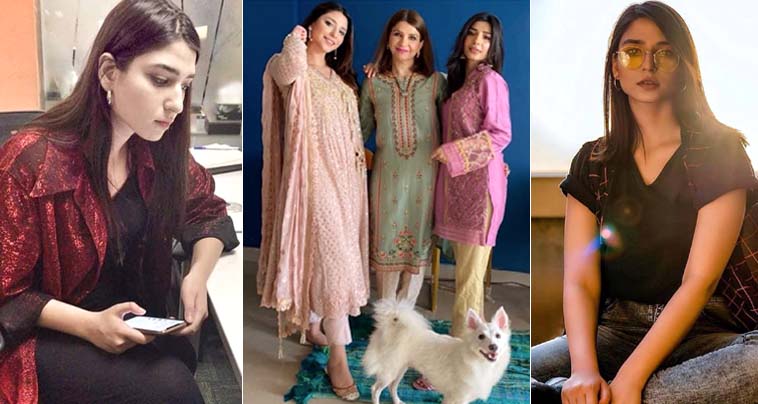 Ramsha Khan is a known and prominent actress, model, and VJ. She is one of the most flourishing actresses in the rapturous drama industry. Like other actresses, she also commenced her career as a model. Her appearance in dramas like Mah-e-Tamam, Khud Parast, Kesa Hai Naseeban, and Ishqia rose her to the heights of fame. The stunner, Ramsha managed to carve her name among the most talented and dedicated actresses of this age.

Ramsha Khan recently appeared in an interview with Fuchsia Magazine. It was an intimate and casual interview in which Ramsha talked about the struggles of her life. Ramsha unveiled the story of her parent’s divorce. She also talked about that dark period of her life where she, along with her sister and mother was abandoned by her father.

The host asked, “if I may ask how was it growing up without father and your mother raised you, what was your mother’s role’’? in response to this question she said, “I never ever have said this in an interview”. Her parents got separated and later divorced when she was just 8 years old. Her mother being a single parent,  raised her and her sister and she didn’t even let them realize that they don’t have a father.

Now we are grown up and have managed to get peace in our lives but apart from it, they talk to their father off and on. She added more than her mother worked really very hard and in fact, she still does it. Now she got to realize that raising up by a single mother could spoil them but from the very start, she and her sister had a sense of responsibility that didn’t let use them their freedom in the wrong way. Click on the link below to listen to Ramsha Khan’s video interview.

This is so motivational to see Ramsha’s stronger side. May she get all the strength. So guys what is your take on the same? Don’t forget to write to us.