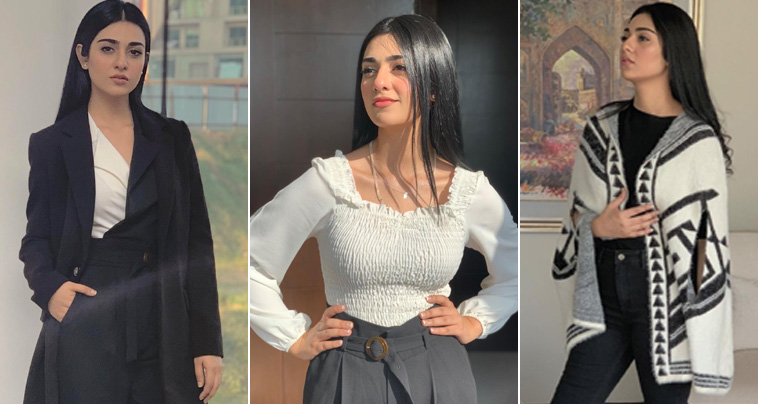 Sarah Khan is an amazing, incredible, and most accomplished actor in the Pakistani drama industry. She managed to give her best in every project. Her most significant role in drama series Sabaat the most loved and watched drama series. The drama Sabaat is so dramatic in nature. It was written and produced by Kashif Anwar and Momina Duraid respectively. The star Sarah Khan has taken us down memory lane following the sharing of her pictures from the character Sabaat.

Shahzad Kashmiri had has given the directions for Sabaat the said director has also directed drama series Anaa. Sarah khan is the epitome of beauty and elegance. The actress is quite active on social media and she loves sharing happiness with her pictures.

Recently the phenomenal, skilled artist Sarah Khan took to Instagram concerning her past project Sabaat and shared some adorable looks of Miral with her fans. She just mailed the character of Miral with her utterly beautiful acting. Miral was no less than a fashion icon who very smartly chose what to do and what not to do. She just pulled off her every look as Miral in the most elegant way.

Sarah Khan apart from her characters very wisely makes a dress choice. She is never seen in any ridiculous revealing attire. It’s so incredible to see that inspiration of being an actor and working in the world of glamor she always had managed to keep the grace and elegance in her dressing style. She and the stunning Ayeza Khan are amongst those few actresses who never ever compromised on their limits.  Let’s have a look at the beautiful pictures of Sarah Khan in the role of Miral.

Do you also want to see Sarah Khan working in TV dramas again after the birth of her daughter? If yes then you will definitely tell us in the comments section below. Thanks!