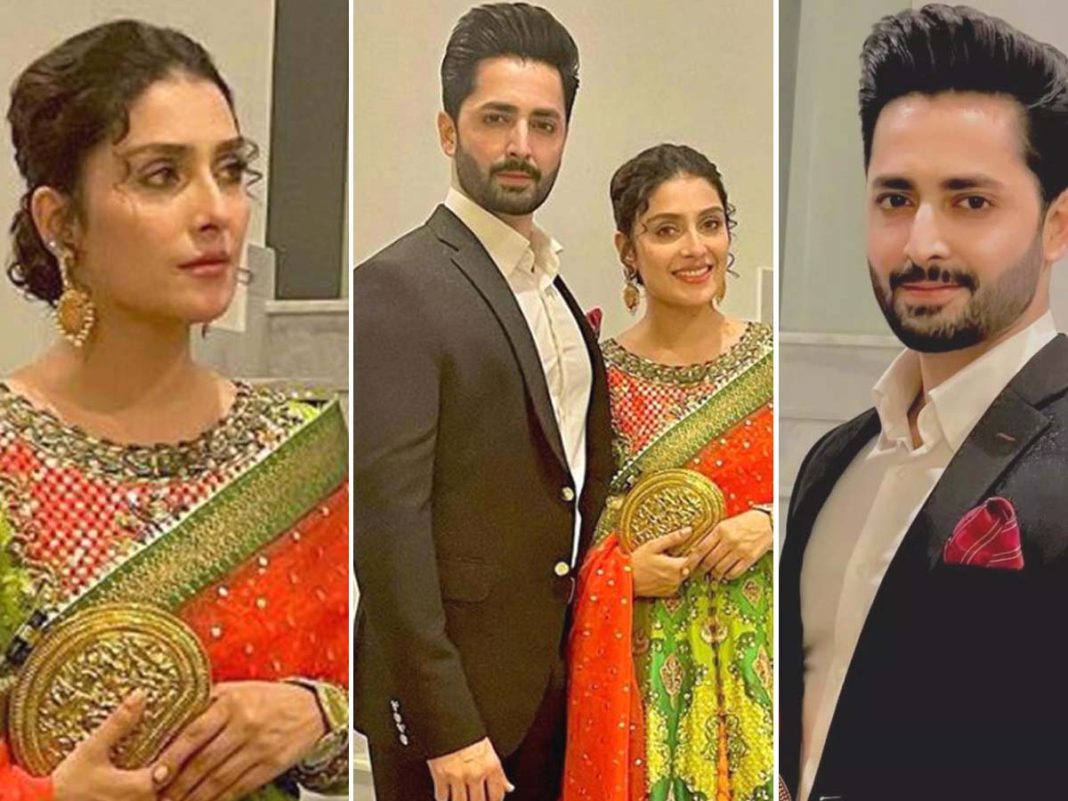 Ayeza Khan and Danish Taimoor who do not need any introduction. They are both busy winning the hearts of fans every day through their acting. There is no doubt that nature has endowed these two spouses with immense talent and good fortune. But it would not be wrong to say that Ayeza Khan has reached the heights of fame and has left her husband behind.

Ayeza Khan confirmed in her interview that she first met Danish Taimoor during the shooting of a telefilm. The actress also said that Danish Taimoor had become a top actor at that time. And she said I was only cast in supporting roles. But when the goddess of fortune will be kind to whom, ‘no one knows. Something similar happened with Ayeza Khan.

But in today’s article we will see that while attending a friend’s wedding, Ayeza Khan has uploaded new photos with her husband on her Instagram account. In the viral photos, it can be seen that Ayeza Khan adopted the style of Indian actress Madhuri Dixit to attend the wedding. And there are no two opinions on this matter. Ayeza looked much more beautiful than Madhuri in this photoshoot.

Do you want to see Ayeza Khan and Danish Taimoor working on the TV screen again? If so, you will definitely give your valuable feedback. Thanks! 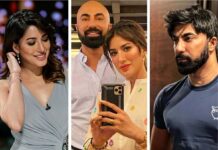 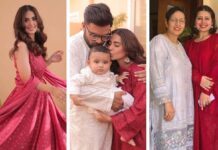