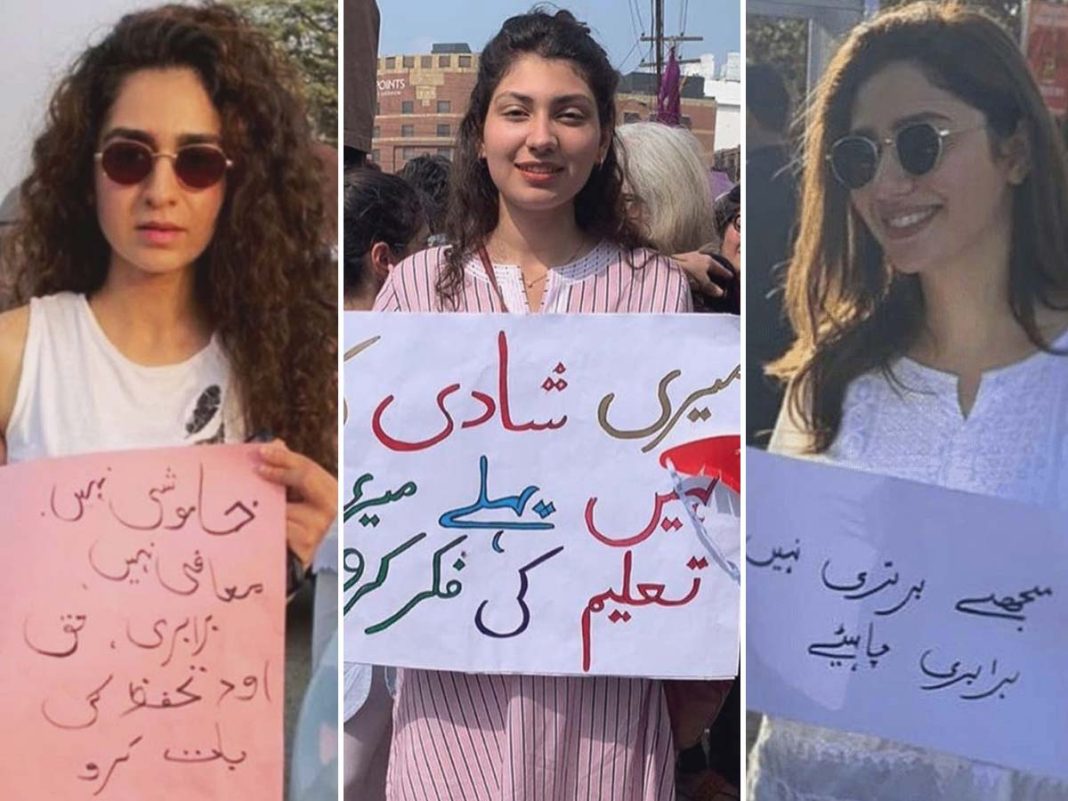 International women’s day is celebrated on 8th March all across the world. The date is marked as a global celebration dedicated to uplifting women and honoring their achievements. It also aims to highlight the issues of gender inequality and is a great opportunity to raise money for the charities that support women.

So following the tradition, the day is celebrated on 8th March 2022 on Tuesday. The day is celebrated through aurat march since last year. The aurat march is an annual socio-political demonstration in Pakistani cities. The fifth- session of this march occurred this year in a few big cities like Lahore, Hyderabad, Karachi, Islamabad, Sukkur, etc. Aurat March Lahore in its 2022 manifesto raised 17 demands.

Feminism in Pakistani has its roots evolving at the time of partition, when according to reports 75,000 women were abducted and raped at that time. Soon after that, Fatima Jinnah took some steps for women’s rights. Aurat march Karachi holds the title of “Mehnatkash Aurat Rally” (working women’s rally) and their main demand this year was to give women their due rights in un-organized sectors like security, minimum wages, their shelter provisions, etc. Their main slogan to be observed was peace, bread, and equality.

In opposition to the aurat march, a counter-protest session was also observed. The group of people claiming to protect Islamic values called for “hijab marches”. And such marches were also taken out in Karachi, Lahore, and Islamabad. Islam gave women their due rights in the best possible way and such rights are not given to women in any other religion. So despite of such marches and protests where such vulgarity and shameful acts happen, women can ask for their rights in better possible ways.

So guys what are your views and ideas on aurat march 2022, let us know in comments below. Thanks!