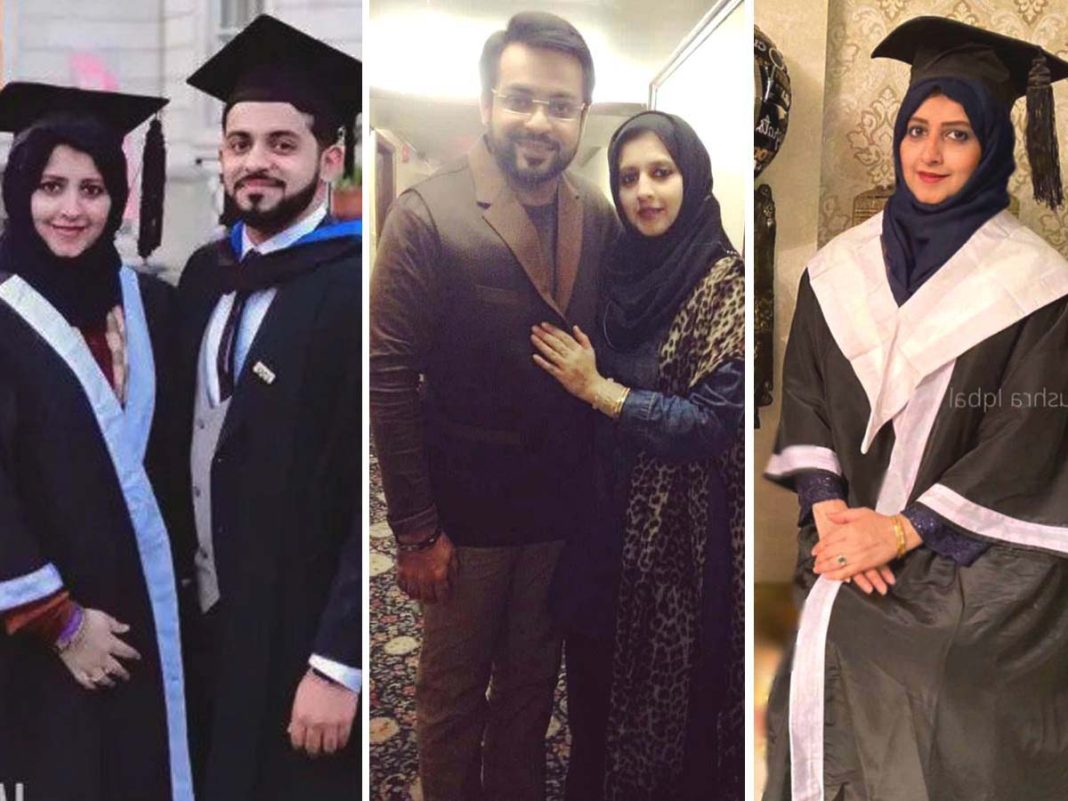 After the separation of Aamir and Bushra, Bushra took children with her. The couple has two children: a son named Ahmed Aamir and a daughter named Dua Aamir. Recently, Bushra is in London and she shares the happy news of her son Ahmed Aamir’s graduation. Bushra also shares the images from the graduation ceremony and also wrote a gratitude note as a mother.

Bushra in her caption wrote that it is the happiest day and big day for her. She further writes that she has attended the ceremony with his daughter and mother and his son has accomplished her dreams with Allah’s fazl. His son Ahmed has been graduated from the famous University College London. In the end, she penned down a beautiful prayer for the health, success, and happiness of his son in this life and the life hereafter.

Bushra Iqbal also shares another good news for her fans that this year she is making her comeback to the television screens as she says that in the holy month of Ramadan, she is going to be appearing in any Ramadan transmission but she has not disclosed the name of the channel and ask the followers to make it a guess on their own.

Let us know about your comments on the article in the section below. Thanks!