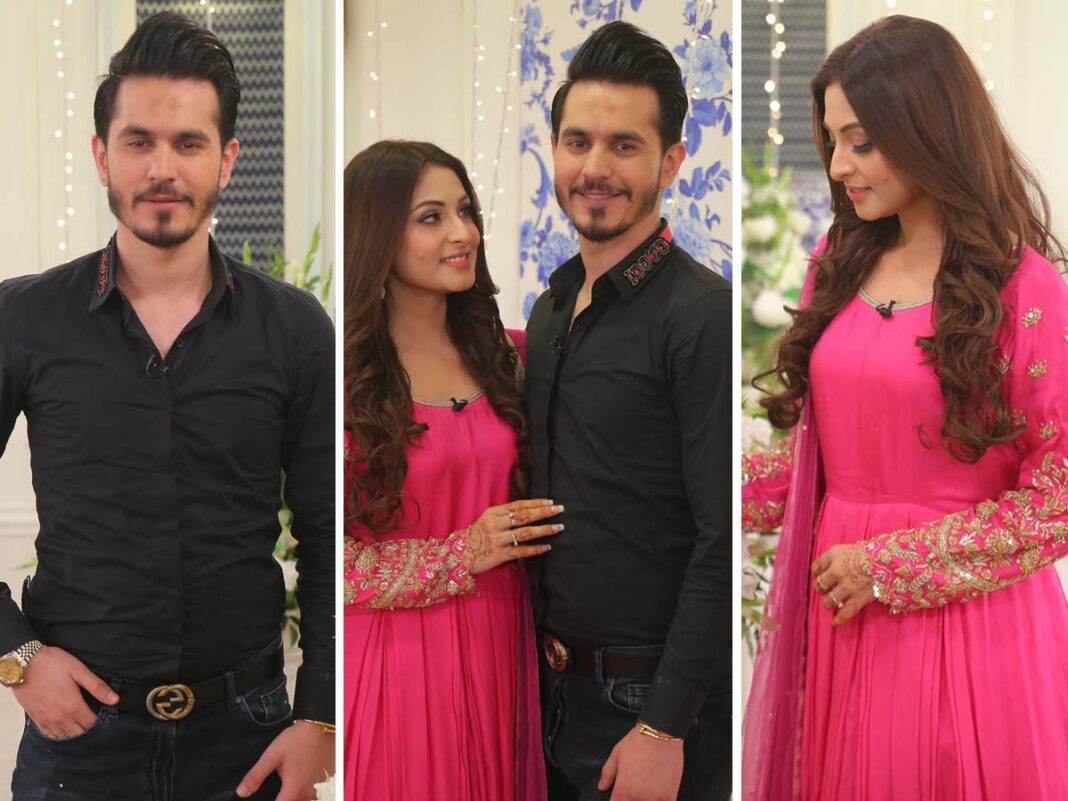 Aruba Mirza is the beautiful and emerging young talent of Pakistani industry. She is making her name in dramas through different roles and still has a long way to go ahead. She got fame after the trending drama serial on Geo Tv named as Rang Mehal.

She plays the character of Hajra—a negative role in the drama but still her acting skills and fashion sense appeal to the audience. After the drama Rang Mehal, her onscreen couple with Humayun Ashraf gains popularity. Now they both are appearing again together in drama serial Inteqam.

Other dramas of Aruba are Sotan, Mera Haq, Shahrukh Ki Saliyan and others. Recently, the beautiful actress got engaged. Her engagement photoshoot was done by Abdul Samad Zia. The beautiful pictures went viral on social media as they both make a cute couple together.

After the engagement, the couple is invited to the Good Morning Pakistan. In the show, they share many interesting moments. Harris is a real estate businessman along with car’s business. In the question asked by Nida Yasir that how they met, the couple answered that Harris has seen Aruba in a friend’s marriage. He liked her and then wants to marry her but after knowing that she is an actress, he got disappointed but as Allah’s plans are rigid and firm so they both met and things became easy for them. We are totally loving and adoring this beautiful couple.

Share your views on this couple in the comments section below.

Ahsan Khan Dishes Out Most Astonishing Secret, Tells How Hina Altaf and Agha Ali Got Married In Just 11 Days

Aamir Liaquat Hussain reveals his strange wish says, I am about to leave Pakistan and will disappear like Salman Khan’s movie ‘EK THA TIGER’