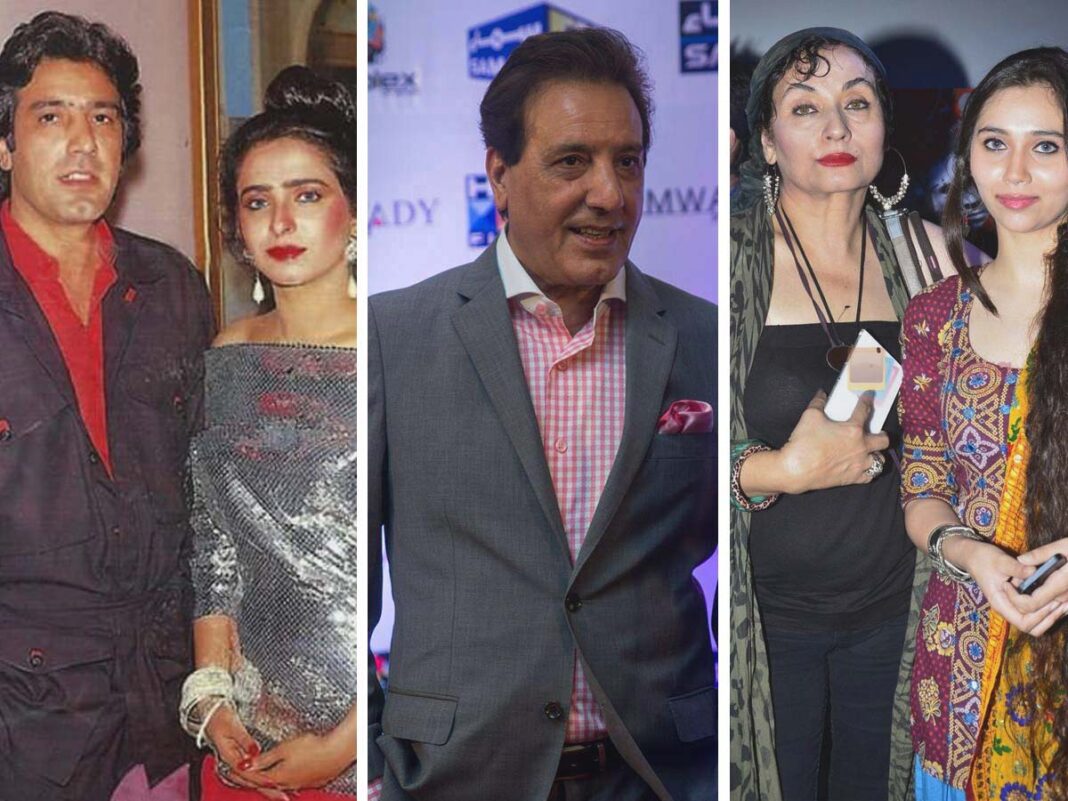 Javed Sheikh is a famous  Pakistani actor, film director, and producer. Javed Sheikh has worked in Lollywood and Bollywood as well. He has been working in the industry since 1964 and is still active. He is popular for his work in films like Om Shanti Om, Jannat, Jan-e-Mann, Kalay Chor, My name is Anthony Gonsalves, etc.

When it comes to the personal life of Javed Sheikh, he is firstly married to Zeenat Mangi, who was an actress. Both of them had two children Momal Sheikh and Shehzad Sheikh; who are now famous actors in the industry. Then he was married second time to Salma Agha who is a British actress and singer but had worked in Pakistani films and dramas.

In a recent interview with host Nauman Ejaz on G Sarkar, Javed Sheikh admits that he has a color full and loveable personality and he has had many affairs in his life throughout. He talked bluntly about the extramarital affairs that he was married to Zeenat and Salma but both of the marriages were failed. He further says that when he was divorced from Salma Agha, then he was shattered and it was the only depressing phase of his life.

But at that time, he was working with film actress Neeli who gave her support then. Javed Sheikh made it clear that although he had many affairs but he never approached a girl, rather they all approached him. The public strongly criticizes for admitting this all shamelessly in a show and many netizens are of the view that the show companions were clapping at it just because he is a male who is admitting such kind of stuff. Click on the link below to listen to the full interview.