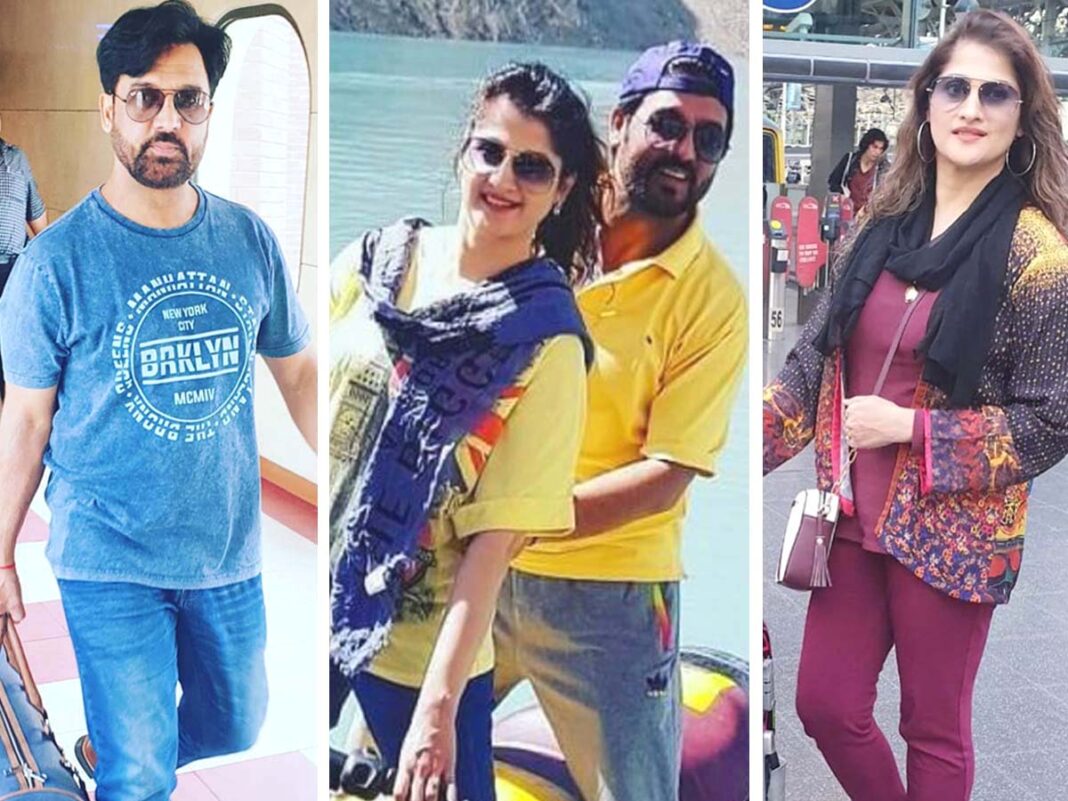 Sahiba Afzal is a Pakistan film actress. She is the wife of Afzal Khan who is popular by her screen name Jan Rambo and is a famous comedian and actor in the Pakistani industry. They both have worked together on many projects together. Sahiba and Rambo have two sons, Ahsan and Zain.

Sahiba after her wedding has left the showbiz. She appeared in some projects after that. Now after much longer, Sahiba is going to come this year in an Eid telefilm. Sahiba shares the bts pictures on her Instagram that she is going to share the screen with Aijaz Aslam in that upcoming telefilm named kanpain tang rahi hain for the first time.

Sahiba appears in Nida Yasir’s GMP, Shan-e-suhoor with Rambo and both sons. In a question-answer session, a question came in which someone asked her that what is her beauty secret because she didn’t look that older. To which Sahiba answers that today a trend is made that girls to marry at the age of 30 or 35.

Sahiba says that she was married at the young age of 20, and was a mother at the same age, so she seems quite young. Sahiba also added that she has also set her lifestyle in a healthy manner. She says that she eats healthy foods like fruits and juices and not unhealthy food. Sahiba also has a youtube channel with the name lifestyle with Sahiba. Have a video look!

So share your thoughts on this article in the comments section below. Thanks!