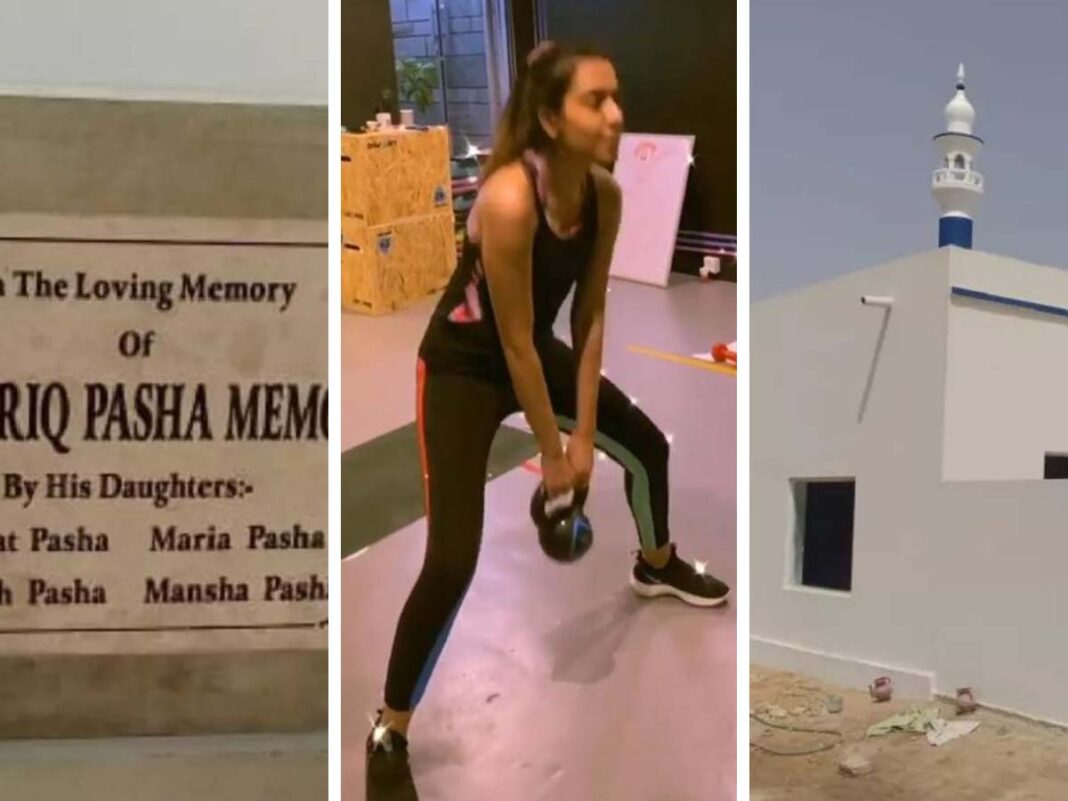 Mansha Pasha is a Pakistani actress and television presenter. The beautiful and talented Mansha is famous among the netizens for playing several leads and supporting roles. Mansha has made her debut in drama serial Humsafar in a very minor role and after that, she started appearing in other dramas.

Mansha got public appreciation after her role in drama serial Zindagi Gulzar Hai. She plays the role of Kashaf’s sister in the drama serial which was loved by the public as a supporting character. The famous drama serials of Mansha are Mohabbat Tujhe Alvida, Khudgarz, Tou Dil Ka Kya Huwa, Surkh Chandni, and others.

Mansha has appeared in films. Her film Laal Kabootar is a hit and was adored by the viewers. Now recently, Mansha stole the heart of her fans and netizens as she has done a kind act for her father. She has built a mosque for his father. Mansha has posted this news on her Instagram along with the pictures.

She shares a verse from Holy Quran and further added that in this holy month, she and her sisters have completed a mosque in the beloved memory of their father. Mansha also thanked the workers and well-wishers who prayed and support it. The mosque is named a Masjid e Tariq. The project is completed by Mansha and her sisters Zeenat, Maria, and Hannah. Have a post look!

Share your reviews and thoughts on this in the comments section below. Thanks!