Due to her sense of humor and funny videos, Pakistani actress Hania Aamir is quite active on social media and therefore faces a lot of criticism. Due to her very young age, she lives her life according to her rules and keeps sharing her videos with her followers on social media. And it seems like she doesn’t care about people’s comments.

Hania Aamir started her showbiz career at a very young age she first started uploading videos on an application on the internet and from there she first started gaining recognition. And there’s no doubt about it, this girl has immense acting versatility due to which she easily fits into every role. She works hard, people like her work, and when people like her work, she works double to make her more successful.

Hania Aamir is currently seen in ARY Digital’s drama serial Mujhe Pyaar Hua Tha, starring alongside actor Wahaj Ali. When the episode of this drama is uploaded on YouTube, people watch it millions and praise Hania Aamir’s natural acting in the comments section. Even before this drama, Hania Aamir has acted in successful dramas like ‘Sang-e-Mah’. Yes, in addition to acting in dramas, she also played the role of heroine in the Pakistani film Parde Mein Rehne Do last year 2022.

A video of Hania Aamir is going viral on social media in which she can be seen having fun with her friend and licking her friend’s nose with her tongue. As soon as this video went viral on social media, people started saying that Pakistani actors have forgotten their limits. Some people started to catch the actress with ‘dirty’ words after seeing these uncomfortable scenes. In the video clip, the actress is recording the scene and saying Salty.

If you also want to see the bold video of Pakistani actress Hania Aamir along with her friend in which she is recording a strange scene, then click on the link below.

Don’t forget to tell us in the comment section below, do you guys also record such bold scenes with your friends? So let us know your opinion. Thanks! 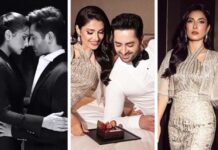 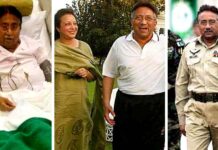 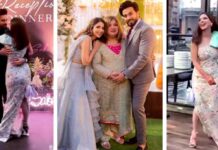